Just outside of Alimagnet Park in the city of Apple Valley is a residential property riddled with rat traps that contain blocks of a poison called brodifacoum.  A single rat trap has been neatly placed below three very large cottonwood trees. Apple Valley is not known for having issues with rats, in fact, rats tend to be more prevalent in urban areas not the suburbs so why the need for rat traps and why outside the home and not inside? 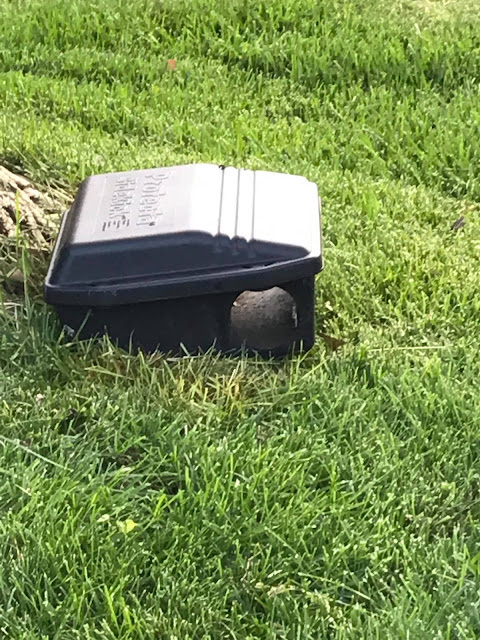 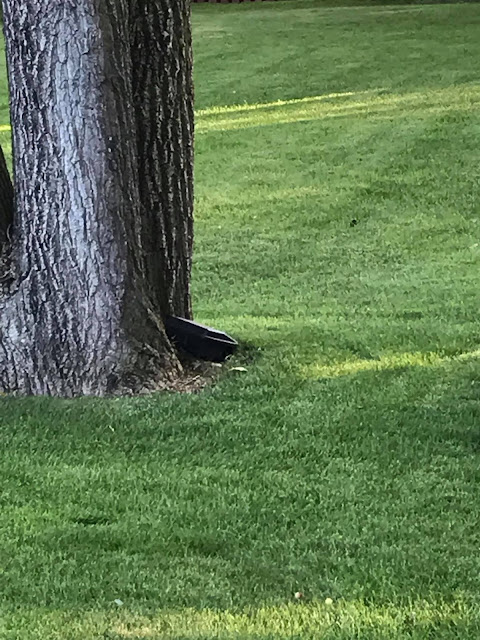 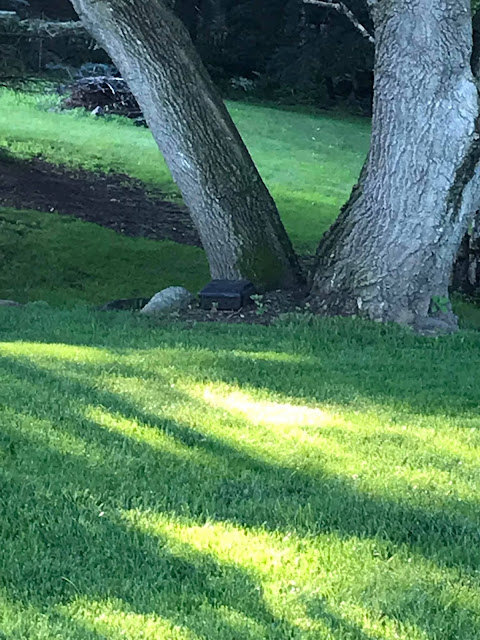 Norway rats, aka brown rat or sewer rat, is what you will find in Minnesota.  They occasionally enter homes or businesses looking for food and shelter.  To keep them from entering you take common sense steps like securing garbage, making sure there are no entry points around the perimeter of a structure, keep bushes and trees well trimmed so they can’t use them for access to the roof, and make sure you’re not living in squalor to attract them in the first place. The same steps you’d take to prevent mice from entering. Mice and rats more often then not prefer to enter homes and businesses in the winter to get warm and get easy access to food. Well, it’s not winter.  The home owner that has rat traps at the base of each tree has a well maintained property, uses a built in sprinkler system, uses his nice riding lawn mower at least once a week, keeps his trees and bushes well trimmed and the city of Apple Valley doesn’t allow residents to keep garbage bins outside so one can only imagine then why this person has laid rat traps and why the city allows it when it can be so detrimental to wildlife and people.

The rat trap in question here is called Protecta Sidekick. This is it . 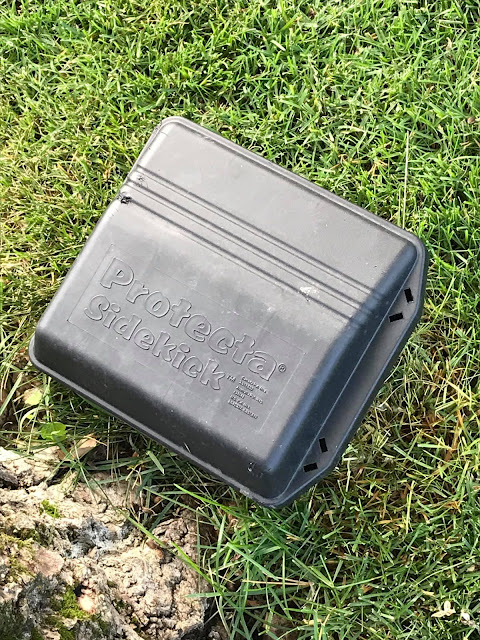 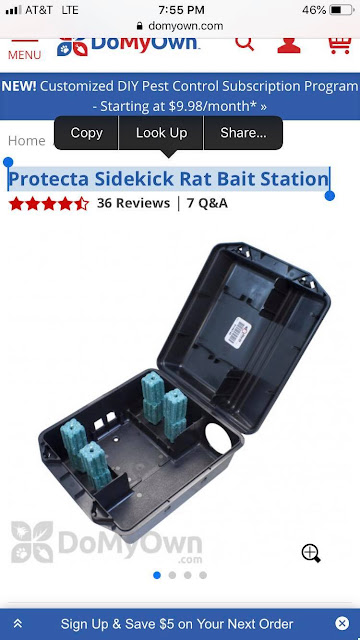 It’s a tamper resistant rat and mouse killing box.  Rats and mice can enter, nibble on the poison contained within, and then leave.  It takes up to two days for the rodent to then die.  The rat poison used is brodifacoum which is a pesticide that comes in blocks that look like (see blue blocks in picture above.) Brodifacoum is a rodenticide which is a pesticide that kill rodents.  It is the poison of choice because “it is a highly lethal 4-hydroxycoumarin vitamin K antagonist anticoagulant poison." Meaning… any wild animal or human that eats it will suffer internal bleeding and die if they don’t receive immediate medical attention.

Look at the size of the entrance hole.  The manufacturer states that the entrance hole is 2.75 inches in diameter and can hold up to 2 lbs of rodenticide.  That means chimpmunks, ground squirrels, birds, moles, voles, baby rabbits, lemmings, shrews, among many other small mammals can fit inside that death trap. Not only is Protecta Sidekick a wildlife killer it can result in the poisoning of pets and people.  A poisoned rat, mouse, squirrel, bird, etc… will walk away with a belly full of brodifacoum and die elsewhere.  Then that dead animal could be  consumed by someone’s pet or another wild animal which causes secondary poisoning or the poisoned animal decomposes and releases the toxins into the soil, air, or water.

According to the National Pesticide Information Center:

“a pesticide may directly affect something far from the site of application. Pesticides that are bound to soil particles may be carried into streams with runoff. Pesticide drift may travel many miles in the wind. Sunlight, water, microbes, and even air can break down pesticides. Some pesticides last a long time in the environment, and may pose risks to living things many years after they were last used.”


The safety data sheet from the manufacturer of the poison blocks says:

"Environmental precautions: Do not allow bait to enter drains or water courses. Where there is contamination of streams, rivers or lakes contact the appropriate environment agency.”  It also says “Ecotoxicity Effects: This product is extremely toxic to birds and mammals. Do not apply this product directly to water, where surface water is present or to intertidal areas below the mean high water mark. Carefully follow label cautions and directions to reduce hazards to children, pets and non-target wildlife."

The above Protecta Sidekick boxes are on a residential lawn just a few feet from the manhole to the city sewer line.  The resident uses an auto sprinkler more than once a week to keep his lawn green. The boxes are placed at the base of cottonwood trees inhabited by squirrels and frequently visited by various birds like the red tailed hawk, pileated woodpecker and yellow warbler. So, If you care about the health and safety of wildlife and our water, contact Ben Pierson at the City in the Apple Valley code compliance dept and let him know your feelings about this.


Resources:How to get rid of rats?Poison used to kill rodents have safer alternativesRodenticide Safety Data SheetWhat if pets and wildlife eat rodents that have been poisoned?
Ten favorite trees for wildlifeWhat to do about wild rats?