Today, August 16, bear baiting begins in Minnesota. If you've never heard of bear baiting or you've heard of it but aren't quite sure what it is or why it's done and want to learn more, keep reading.

“Bear baiting involves intensive feeding of black bears to make them easier targets of trophy hunters waiting nearby.  It occurs typically weeks in advance of hunting seasons to accustom bears to feeding in a certain area.

Hunters stack donuts, candy, grease, rotting garbage, corn, fish, meat and other high-calorie foods in the bait piles.  Legal in many states, the practice is unsporting and inhumane, increases conflicts with humans and carries environmental consequences."

The majority of U.S. states allow bear hunting but only the following allow baiting (restrictions on baiting vary by state).

Why have so many states rejected the idea of baiting? It’s because not only does it habituate bears to humans but it also causes issues with other wildlife, the environment, and quite frankly it does not qualify as “fair chase” aka the ethical and lawful pursuit and taking of a free-ranging wild animal.

Let’s start with how baiting habituates bears to humans. Here are some of the items used to bait bears.  These pictures were copied from public Facebook groups run by companies selling bear bait. 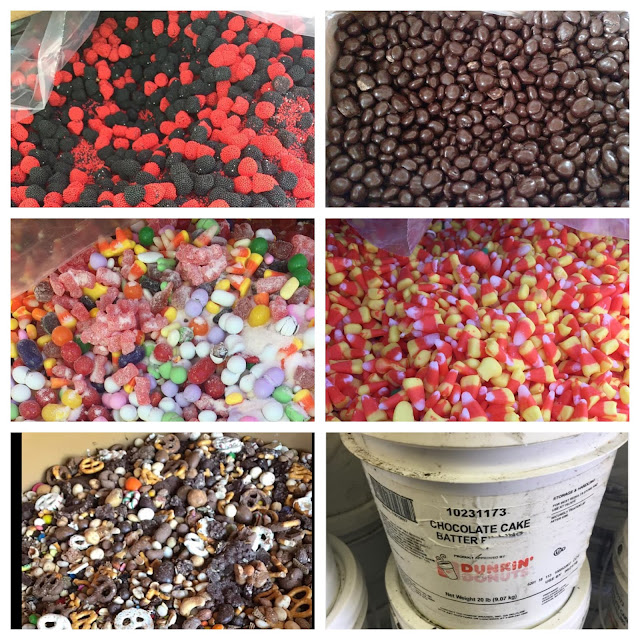 Bear hunters use molasses, frosting, wafers, gummies, candy corn, donuts, chocolate, etc… to lure bears.  Their set-up and the type of bait they use attracts bears to the scent of humans and their food.  Not every bear that visits a bait station is going to be killed so when baiting season is over you now have a bear that is conditioned to be drawn to human scents and their food. This is one of the main reasons most states do not allow bear baiting.

Remember “a fed bear is a dead bear.” Who says that? The Minnesota Department of Natural Resources.

According to the DNR one of their main goals in bear management is to reduce conflicts between bears and people.  How is allowing bear baiting reducing possible conflicts?

When it comes to the general public the DNR has this to say about avoiding problems with bears. (source)

To home and cabin owners they say this:

People share in the responsibility to avoid conflicts with bears. Learning effective measures to prevent bear problems will help both bears and people.

The best way to avoid bear problems is to not attract them in the first place.

Bears are attracted to homes and cabins by garbage and bird feeders. Pet food, charcoal grills, fruit trees and gardens may also attract bears. Once a bear finds food around your home it will likely return.

Never feed bears--They will associate people with food and may become a problem.

To campers the DNR says this about avoiding problems with bears

Don’t feed it. Scare it away.

To resort, campground, and restaurant owners they say this:

Teach people to not feed the bears and not store food in tents. Store food in car trunk or in cabin.

Bear hunters are given a window of opportunity to feed bears barrels of junk food while those of us who don’t hunt bear are told it is dangerous to feed bears and it’s illegal. Sounds like the DNR is at odds with itself.

Now let’s look at causing problems with other wildlife

Processed foods, especially the kind used for bait, is not healthy for wildlife.  For example, look at chocolate. Now despite what many bear hunting websites will claim, the chocolate in the candy they use to lure bears is lethal.  What makes it lethal? A chemical compound called theobromine.

Here’s a story about “death by chocolate” out of New Hampshire back in 2015 where 4 bears died.

It's an awful way to die, said Andrew Timmins, biologist for the New Hampshire Fish and Game Department. Too much theobromine in a bear's system can cause severe illness, inducing vomiting, hypothermia, seizures, coma, respiratory and heart failure.

Chocolate is popular among commercial bear hunting guides because it's inexpensive and easy to get, Timmins said. But, given the recent deaths, the practice should end, he says.

Bears are not the only ones that get into bear bait, so do other wild animals.  Here is a picture of wolves visiting a bear bait station. Wolves can die from theobromine poisoning also, as can fox, raccoons, pet dogs, etc... products that contain chocolate, caffeine, and sugar all have the potential to make wildlife and pets extremely sick and possibly cause death. Caffeine raises blood pressure and causes cardiac arrhythmias and large amounts of sugar can also stress the heart and other organs.

Next, bear baiting has a negative effect on the environment. 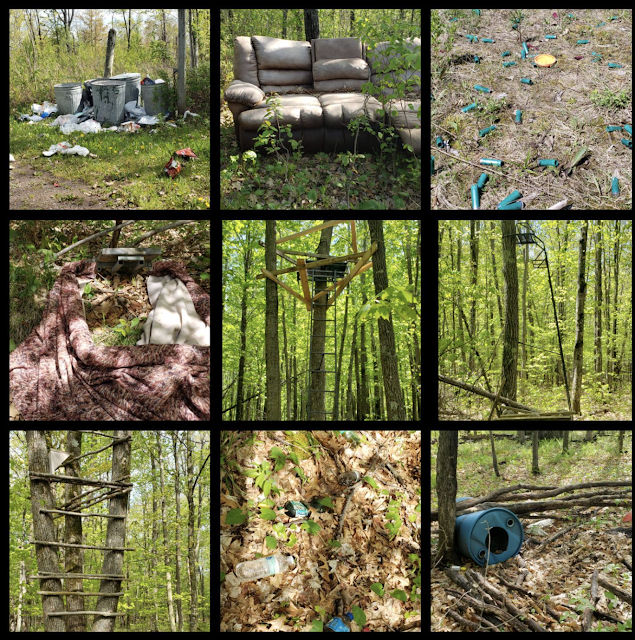 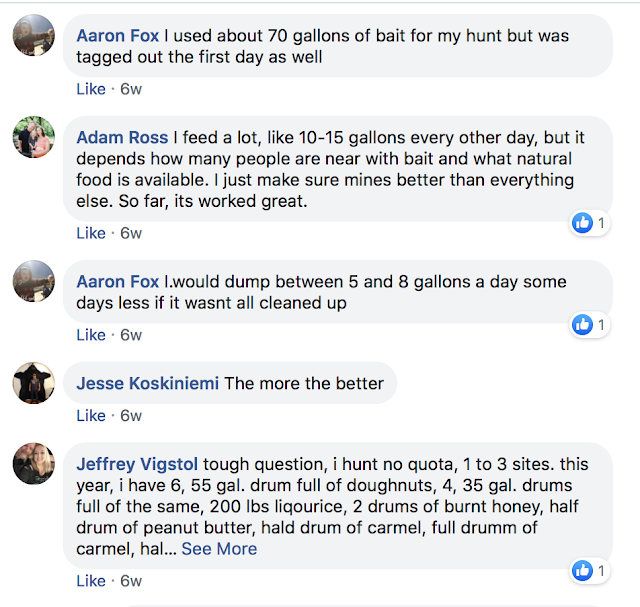 The amount of sweet trash being tossed into the woods to lure bears is unbelievable.  There is no way bear hunters are cleaning up after themselves well enough to prevent any rotting sweets from being left behind. Again, not only is this bad for wildlife the garbage can also contaminate water sources and damage plants.

Finally, what happened to "fair chase?"

Fair chase, as defined by the Boone and Crockett Club, is:

The ethical, sportsmanlike, and lawful pursuit and taking of any free-ranging wild, big game animal in a manner that does not give the hunter an improper or unfair advantage over the game animals.

Hunter Josh Phillips had this to say about bear baiting:


I could put a bowl of milk out for kittens and shoot them as they come up for a drink. That’s not hunting. Hunting takes time, research, ground study, hiking, observation. Luring a bear to a specific kill site with pungent-smelling, high-calorie junk food is lazy.

There's a reason we don't allow the baiting of deer, it's because it gives the hunter an unfair advantage.  Why is that different for bear?

The DNR defines fair chase this way in their hunter education and fire safety manual:

Fair chase balances the skills and equipment of the hunter with the natural abilities of the animal being hunted. If practiced appropriately, fair chase will allow for the hunter to sometimes succeed in the taking of an animal but often allows for the animal to escape. The easiest way to explain fair chase is to define the word “fair.” “Fair” is defined as being impartial and honest. Being fair means to be free of self-interest, prejudice, or favoritism. So, when considering fair chase while hunting, this would mean that we do not give ourselves an unfair advantage over the game we are hunting. Instead of using illegal or unethical methods to gain an unfair advantage, hunters are expected to learn about the game they are seeking to hunt through studying the animal’s movements, tracks, feeding habits and more.

Now ask yourself, does that fit with baiting?