ARE ELK RETURNING TO THE NORTHWOODS? 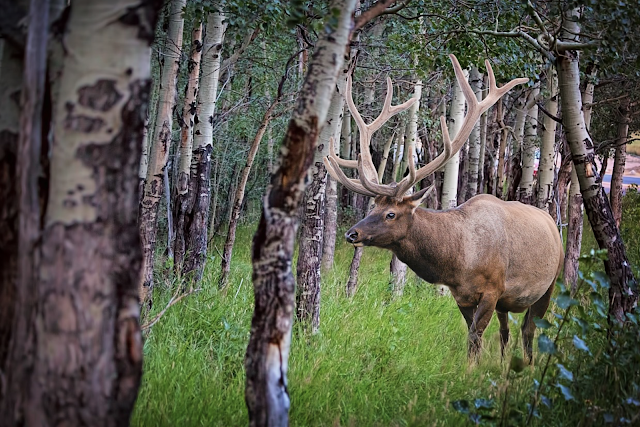 I have read in the "Volunteer" that there are 5 relatively small elk enclaves in NW MN, most of which are hated by farmers....remembering the elk fiasco of the late 1980's or 90's, I had little hope that elk would re-populate their native range in MN.

Even Lake Itasca, headwaters of the Mississippi, was for many years prior to the arrival of the egotistical explorer, H.R. Schoolcraft (who renamed it after the Latin words "veritas caput") it was called "Omashkooz", the Anishinaabe word for elk. Some white historians said the lake was called Omashkooz because it looked like an elk head from the air....which is ridiculous as it was an area rich in big game, elk being found there besides others. Even in Nicolett's journal, his Ojibwe guide, Gay-gued-o-say, was chosen because it was known widely that Elk Lake was in an area he knew as well or better than anyone, hence it was called by many Leech Lakers, the "land of Gay-gued-say" as he was renown as a hunter there.

Last week, I was in Bemidji telling some man about the former presence of elk here. I noted a look of doubt on his face when another fellow over hearing this, pulled out his smart phone and showed me a game cam photo of an adult cow elk, taken only several weeks ago. He also told me he lives on Lake Plantagenet and while fishing on the lake last summer, he saw something odd swimming across the lake. He motored over to it in his boat and found it to be a cow elk with calf. You don't have to be a biologist to know that cows don't get pregnant without a bull.

Now, whether these are escapees from a game farm or migrated here from NW MN who can say but nonetheless it is hopeful. It would be a wonderful thing to awake in the morning to the bugling of a big bull elk! They used to be here and so did moose. I have had two moose (a cow & a bull) on my pond in the last 25 years. But then there is the Minnesota Deer Hunters Association who have made the whitetail deer the sacred cow and our land management practices have made the land a deer utopia.

~Barry Babcock
Author of Teacher's in the Forest, local historian, and wolf advocate featured in the documentary Medicine of the Wolf.  Barry is a long-time deer hunter who lives off-grid in the Mississippi Headwaters Country of northern Minnesota.