COYOTE CONCERNS BASED ON IRRATIONAL FEAR 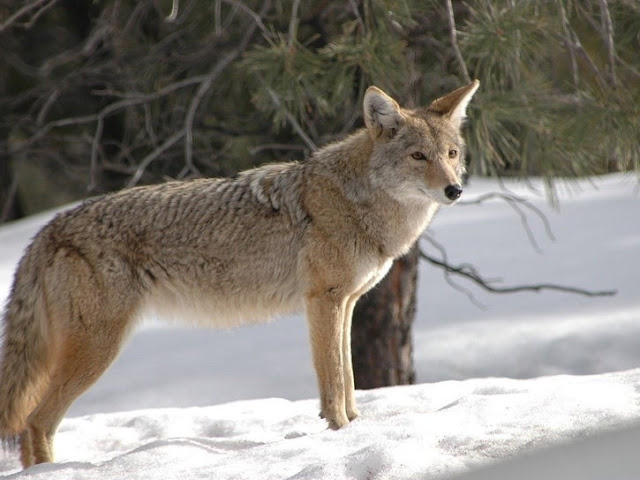 Recently people have expressed concerns about the risks associated with living around coyotes. These new found fears stem from two news reports that came out in the past few months; in November a family in Plymouth reported to the media that their dog had been killed by a coyote and then again in December a family in Lakeville reported losing two dogs to several coyotes. Do these recent dog attacks mean animal control, the Department of Natural Resources, or city officials need to do more to control the coyote population? The answer is no.
Unfortunately when these stories appear in newspapers or on the nightly news they do a grave disservice to the wild animal being reported about because they lack basic helpful information about the species and what human actions contributed to these negative encounters.
First of all, coyotes are native to North America, they are not an invasive species taking over the landscape. They are Minnesota's most abundant wild predator and one that plays an important ecological role in helping to maintain healthy ecosystems and species diversity. Despite what some may believe, the coyotes food of choice is not a cat or dog. Studies done by the Urban Coyote Research Project have proven the animal prefers a natural diet over pets and garbage. After analyzing over 1,400 pieces of scat (poop) in one study, they learned the coyote diet consisted of rodents (42%), fruit (23%), deer (22%), and rabbit (18%). Only 2% contained garbage and 1.3% showed evidence of cat. The 1.3% cat are feral or free-roaming cats that are responsible for the death of 1.4 - 3.7 billion birds per year in North America.

Secondly, the growing number of coyotes in certain areas is a result of poor wildlife management where coyotes have been hunted and trapped or the wild predators that intimidate them have been removed. Research has proven repeatedly that killing coyotes or relocating them is counter productive, in fact it can increase their numbers. Coyotes are territorial and keep other coyotes from entering their home range. If you remove one coyote another will just takes its place, if you kill one their replacements will start breeding at a younger age, reproducing even more.
Lastly, humans need to learn about the natural environments they have chosen to reside in and do their best to coexist with the wildlife present there. Our pets are our responsibility and when we choose to live near coyotes we need to take precautions to protect our cats and dogs from negative encounters. In both the November and December dog attack cases the owners had been forewarned that coyotes were in their area and even in the Plymouth case they were aware a neighbor's dog had been bitten the year prior. Both attacks could have been avoided by what is called "educated coexistence."


Subscribe
Where I live I am surrounded by an abundant wildlife population that includes coyotes. Their presence has not prevented me from having dogs; I have two. I also have 2 children who frequently spend time outdoors. Despite the media hype, coyote attacks on pets are extremely rare and Minnesota has never seen a documented case of a coyote attack on a human. So, take the necessary precautions to avoid any negative interactions with coyotes in your area and enjoy the benefits they bring to your community such as rodent control and helping keep the streets clean of carrion.
~Michelle Valadez