THE WILDERNESS WE NOW HAVE IS ALL...MEN WILL EVER HAVE 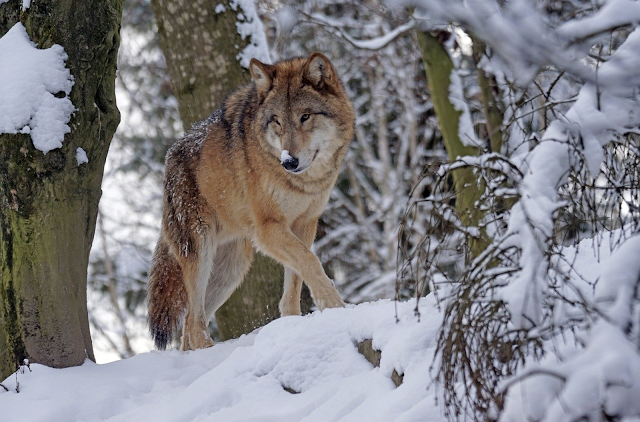 David Brower once said that the best we can do is to get "stays of executions" for special places on Earth... or something close to that statement.

I have said for years that the only reason there has always been wolves in Minnesota has nothing to do with anything we did as a state for wolves but rather it was because we had a vast network of wild to semi-wild public lands in place where wolves could make a living and find some sanctuary. Bear in mind that MN has the second largest state forest system in the nation, 4 1/2 million acres. Only Alaska has a larger state forest system. Our Wildlife Management System (WMA) is the largest in the nation(1 1/2 million acres.) The county administrated lands (CAL) total in the millions of acres. St. Louis county has over 900,000 acres alone. The two national forests (Superior and Chippewa) total approximately over 3 1/2 million acres and there are numerous state parks, state trails, scientific & natural areas, and more. Over 70% of our northern forest lands are public lands. The cumulative impact of the net total of all these "commons" are a "might fortress" for our wildlife, fisheries, forests, waters and general health of the land.

These lands and waters are under siege and likely always will be but it is our job to protect these places as they are OURS, not corporate lands. The health of our waters and forests depend on you and me. These lands are not just sanctuaries, they are the base and foundation of the realities that sustain our very being. Brower also said:

"The wilderness we now have is all...men will ever have"

Minnesota was always a wolf killing state but I remember reading an account of a game warden when wolves were unprotected and the Fed's and state were killing them by plane. As they'd fly over the BWCA in winter, the wolves learned to get off the ice when they heard a plane. In the dense spruce, fir forests, they were out of sight...a save zone. The large blocks of wild lands kept human on the fringe and the wolves spent their day light hours in the deep, and to many impenetrable and dense forests.

~Barry Babcock
Author of Teacher's in the Forest, local historian, and wolf advocate featured in the documentary Medicine of the Wolf. Barry is a long-time deer hunter who lives off-grid in the Mississippi Headwaters Country of Northern Minnesota