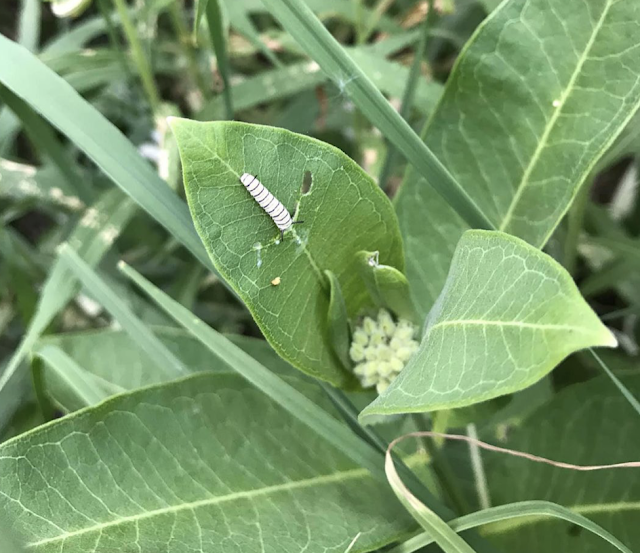 Yesterday the Minnesota Department of Agriculture announced that they would begin aerial treatment of gypsy moth infestations in the cities of Duluth and Cloquet on June 15 (today), the second treatment will be 5-14 days later.

Gypsy moth treatment consists of spraying Foray/Bacillus thuringiensis var. kurstaki (Btk), an insecticide, over a target area. The decision by local and federal agencies to do this now is quite concerning considering Btk does not discriminate. Many people are aware that Btk kills more than just gypsy moths, it kills the caterpillars of all moth and butterflies species. The MDA will say that native species are quick to rebound after Btk treatment but that is not true, especially for the monarch which is now a candidate for listing under the Endangered Species Act. What makes this all the more shocking is that back in 2016 the Mayor of Duluth signed the National Wildlife Federation Mayors' Monarch Pledge which is a commitment to create habitat for butterflies and other pollinators including educating local residents on how they can aid in pollinator survival in their own backyards. Spraying Btk after monarch butterflies have returned to the area runs contradictory to that commitment. 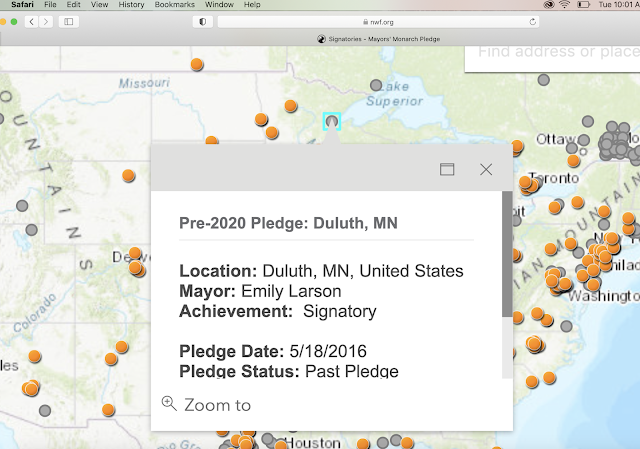 This isn't the first time Btk has been sprayed and the concern for the monarch has been mentioned. Tom Uecker shared his concerns about this in the Duluth News Tribune back in 2018.

"While Btk will kill gypsy moth larva, it is also known to kill other larva, including monarch butterfly caterpillars. This is while citizens of Duluth are helping Duluth become a more monarch-friendly city. Certified monarch way stations are found throughout the city, and only Minneapolis has more. Mayor Emily Larson has signed on to the National Wildlife Federation Mayors' Monarch Pledge. Aerial spraying of Btk in Duluth will be a step backward in making Duluth more monarch-friendly."

There's no question that monarch butterflies are back in northern, MN and spotted in Duluth. Their caterpillars have also been seen throughout the state. 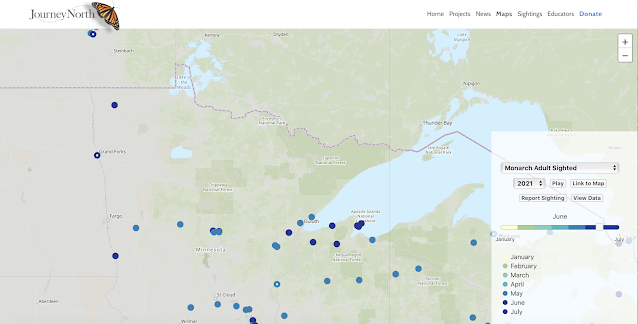 This just proves a "pledge" means absolutely nothing, it's the decisions made after a pledge that we need to pay attention to.